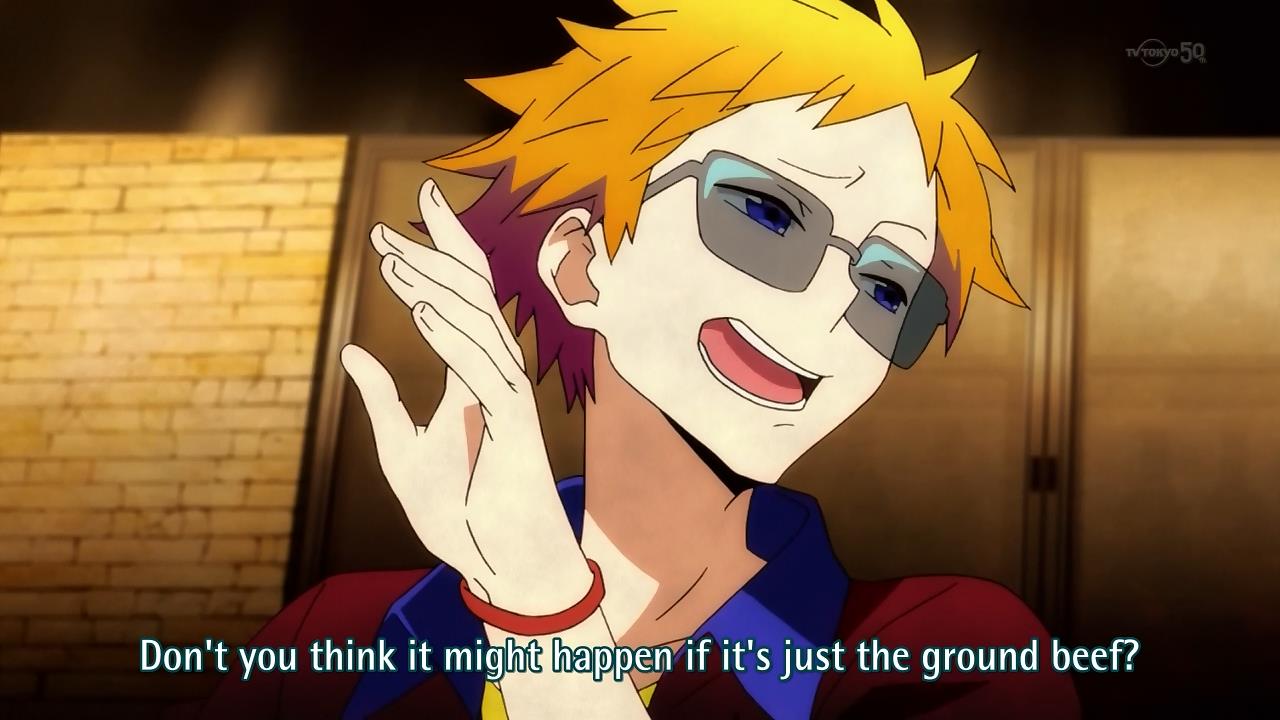 I’m a little confused that Solaristics edited this one, since he should probably know 10-minute edits get disqualified.

Since disq reviews are boring (unless it’s another release fucked up by herkz), I figured I’d compile a list of every change in the script and bucket them into nice little categories. And then bore you even more with stupid reams of text.

This is a list of edits that changed little or added nothing to the script. This includes standardization (making sure punctuation/honorifics/ align with what the editor feels is best for the show) and minor flavor additions (adding “very”, “even”, “just” etc. to lines).

The changes A-Koi made in this section were generally for the better, but not to the point where it should affect your subtitle choice. Note that there is no analysis in this spoiler other than a list.

Original:
Come on!
Anime-Koi:
Move it!

Original:
Did you hear a word of what I said?
Anime-Koi:
Did you even listen to a word I said?

These are all the lines I found where Solaristics made good edits to the script. Minor analysis will be provided.

Normally I would include pictures here, but this topic is likely boring enough to scare off anyone but the most nerdy English nerds, so I’m gonna save some time and skip that.

I winced when I came across this line in the HorribleSubs release. Good fix.

While I’m not keen on the last line’s change, dropping the double use of “one” in the third line was a smart move.

Far better phrased in Anime-Koi’s. It’s much more in tune with how I’ve seen the thought written before.

The “such” is an important addition as it refers to a specific risk (in this case, fighting other Minimum Holders) rather than risks in general (I assume they didn’t factor in the risk of getting hit by one of Kim Jong’s dolphin-delivered nuclear bombs into their work, for example).

Original:
She just finished it.
Anime-Koi:
And there goes the milk.

A-Koi’s is more comedic and thus fits the scene better.

It’s a simple addition, but it keeps the logic of the scene flowing smoother. Cause-and-effect is better highlighted.

10-minute edits are as much a sign of laziness as they are of incompetence. Edits like what I’m going to point out here are exactly why I caution people to be wary of disqualified releases.

Solar: a one-pass edit doesn’t cut it. You need to spend at least an hour on these scripts.

Sometimes it’s best not to try to simplify shitty Japanese philosophy as an editor. You “can’t overflow at maximum capacity”. I think you’d have been better off grabbing a TLC for this one specific section and gathering what the intent behind it was… to give it a massive rewrite. The whole section needs to go, but making it worse isn’t doing anybody any favors.

I really don’t want to think you heard the Japanese word for impossible here and felt compelled to shoehorn the word into the subs, but… that’s what you did, isn’t it?

The line you went with simply doesn’t fit the confines of normal human speech. “impossible” is inaccurate, since it is possible if the companies wanted to do it. They just don’t offer the option. Therefore it’s more a matter of “can’t”.

At this point, the viewer doesn’t know what Hamatora is. You’re supposed to be telling them. But the way you have it phrased indicates that Hamatora is a person, when it is actually the name of their detective agency.

The easiest fix would be to change your line to “But this is also our office.” because the next cut is to the “Hamatora Private Investigations Office” sign.

Solar, no. The editor does not TL. This is because the editor is rarely equipped to do anything but a shit-ass job at the gig. Making lines more generic and Japanesey is a no-good, very bad thing.

It’s not like the new line is wrong, but why the fuck would you change it? Learn some vocab; money-wise is a thing, and that’s how the term would be used in natural dialogue.

“incinerated beyond recognition”? That’s redundant. It’s like saying you’d kill something to death.

This isn’t the same thing. The edit you made gives a less accurate portrayal of the sugar daddy situation that’s going on in the show.

I can only assume you misheard your mental voice of “one and the same” as “one in the same”.

He’s talking about both the truck the guy’s holding in this scene and the car he threw earlier. “Cars” is general enough to work just fine, but if you must change it, go with something like “vehicles”.

I’d hesitate to call this a bad line, but the logic behind the edit was wrong enough that it needs to be pointed out.

Why would you add “you know” here?

I don’t want to hear any sob stories about how Crunchyroll’s script super omg fantastic either. Here’s some absurdly low-hanging fruit you could have picked: “the deal”? That’s ridiculously vague and implies that she had made an agreement with these guys or their bosses. They’re trying to figure out if she knows the code.

Obviously at this point in the show it needs to obscured that that’s what they’re looking for, but “Hey, this bitch had better give us what we need!” gives a far more accurate portrayal of the situation. This needs way too much logic connecting to make much sense on a first watch. Change “ground beef” to “patties”. How did you let this cancer slip by you? As a two-word question, “What kind?” would be much better. A number of things is just an amount.

I’d go with a leading phrase myself, “More specifically…” Way way way too generic for this scene. Remember that this line is what makes him freak the fuck out — his dad’s been fucking college-age girls. It needs to be stated directly or heavily implied that the relationships were sexual in nature. Please add some humanity into the goddamn dialogue. These are just a few lines as examples. If you had actually done a full, 2-pass or 3-pass edit, these would have been changed around effortlessly. Come the fuck on.

If you’re wondering what a real edit looks like, check out Commie’s Chuu2-2: Compare that to Anime-Koi’s Hamtaro: This is what most groups do when they edit, and it’s what they should do. Get your shit together, A-Koi.