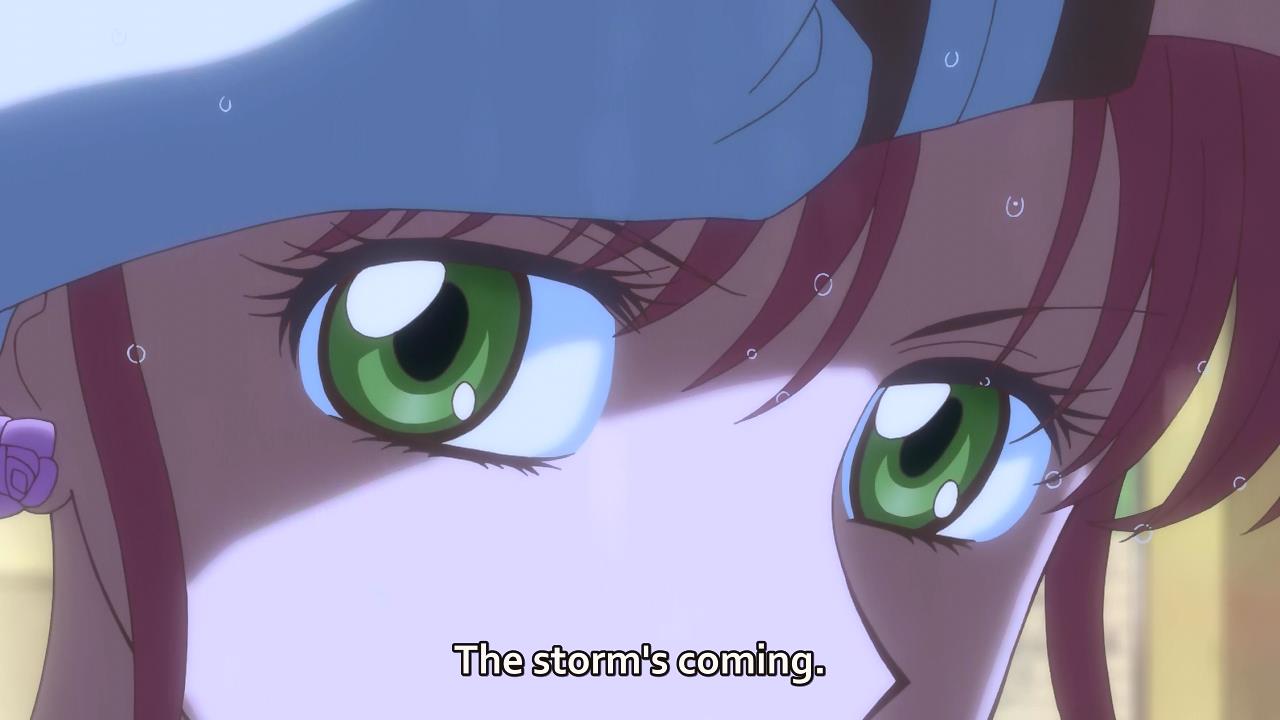 Also Also Also Today on Crymore: Commie initiates their counterattack. But will it be enough to defeat the Syndicate and claim Sailor Moon for the Cartel?! Well, yes. But I imagine you’ve already gathered that.

Japanesiness: No honorifics. “monster” used instead of “youma”. Opening. Since all Commie had to do was match the Japanese lines to blend in, their standard English-only approach proved rather successful. Ending. It’s the same as the OP. Children’s shows are where Commie truly shines. His typesetting is truly art. The tears? What necessitates the direct article here, pray tell? They’re both saying the line at the same time. So while it makes sense for Ami to say “You did it!” (because Rei’s the one who beat the game), it doesn’t make sense for Rei to say the same thing. Either use a generic term of excitement (Hooray! Yes! etc.) or change this to “We did it!” As opposed to who else’s guardians? Uhh, no. She doesn’t reflect the moonlight onto the possessed Princess D, she reflects it onto the monster floating above Princess D. A storm’s coming, you mean. Your line doesn’t work unless she’s referring to a specific storm, which she’s not. This is simple foreshadowing; get it right.

Commie somehow survived the Syndicate’s brutal attack and in the process claimed Sailor Moon in the name of Nyaa. Victory: Cartel.

Go with Commie for SMC, cuz the alternative is about the same as sticking your hand in a garbage disposal for 24 minutes and hoping it’s turned off.