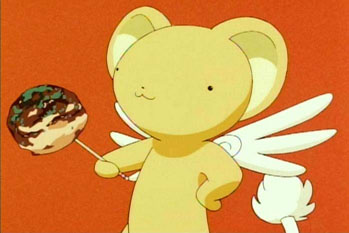 Ah, Canada. May I never have to visit this godforsaken con again.

It was wet and miserable.

In other words, it was exactly what you’d expect from Canada.

The actual con didn’t start until 4 PM, so here’s what I did until then:

Doing a write-up on this was a pre-requisite for getting my media badge. So here’s my write-up: It sucked. It was down to the Jinrui panel or the Code Geass one. And considering I was wearing my Black Knights t-shirt and military cap, the choice was obvious.

Sorry, Geass fans. You tend to be old, irrelevant, and stupid. So suicidal bread it is.

…except there was no one at this panel, and I didn’t want it to just be me and the presenter, so… The presenters started off with “So we didn’t rehearse this panel”, which clued me into how bad it was going to be. Yeah, turns out that other than one of the presenters, only I had seen Agito in that room. Hardcore Geass fans up in there.

After much to-do about the ending of the series, it devolved into DAE Hate Nina?: The Panel because nobody could think of shit to talk about other than how much they hate crazy-awesome lesbians. (Fuck you, phillistines.)

Close to the end, the presenters were running out of ideas, so it became a “Let’s recommend anime like Code Geass to the audience”. The main presenter was all about something called “Gargantuan”. (I assume that’s the prequel to Gargantia.)

Once people started talking about Guilty Crown, exiting the panel became the only reasonable option. Grabbed some very bad-tasting takoyaki and gyoza and ended up running into TheThing. We went into the dealer’s room, but it was packed to the brim with otaku trash, so I bailed and left TheThing to brave the crowds. The con was so boring I just had to ditch it and do something that didn’t make me want me to drill my eyes out with a crazy straw.

I do feel it’s important to note that working on Crymore at cons is something I consider a last resort. I didn’t pay assloads of money for this con to do something I can do at home. So when I do site-related stuff, it means I’m having a really shitty fucking time.

8:00 Paying assloads of money to watch AMVs with nerds

Figuring I had to do something while I was here, I hit up the AMV room. 3 hours. 3 fucking hours I spent on this shit because there was nothing else to do. Fuck this convention.

I don’t know if you realize how much I fucking hate karaoke, but that I felt obligated to spend the remainder of my night here should tell those of you who know me just how bad the other options available were.

Here’s a video I took of the experience. Blame the terrible lighting on the (legitimately) mentally challenged staff running the panel.

I ended up leaving right after they had some wannabe rapper come up and sing his own “self-written” song (the lyrics were Chris Brown meets cement mixer). Yeah jackass, that really fit the theme of the event. So fucking anime.

But the crowd lapped it up like the mangy dogs they are, so I guess he picked the right audience to peddle his shit to. Fucking pseudotaku. Because the only time I didn’t feel like killing myself at the con was when I went to sleep. Great job, Anime North. This is legitimately the worst con I have ever been to.

(And I wish I never woke up. Saturday is shaping up to be even worse.)