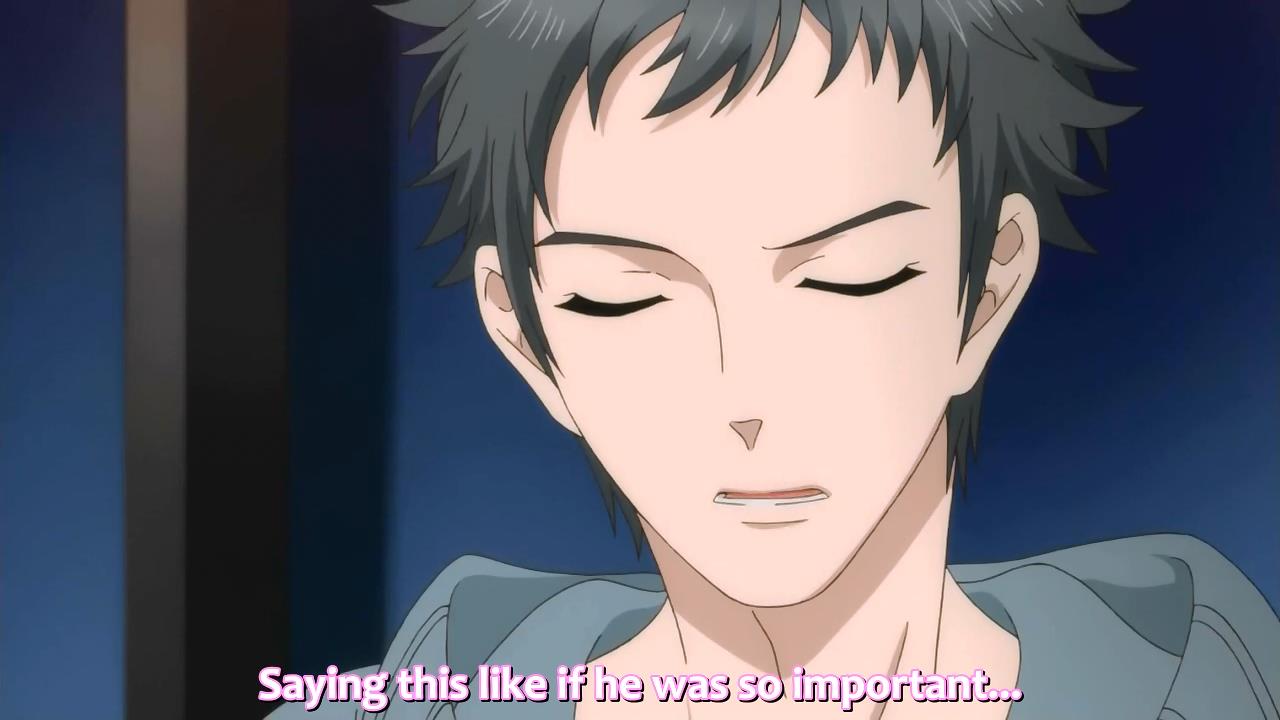 This is how a language dies. Not with a bang, but with a fansub.

Note: IchigoHaatsu is name of the person who translated this (and did everything but the timing/encoding). She also decided to name her group after herself. Fansubber humility. Opening. She just used her main episode dialogue font here. It works with a similar degree of effectiveness: none at all. The RNG gods weren’t kind to Ichigo when she rolled her INT stat. The entire release is watermarked. You can disable it by skipping to any part of the episode, since the watermark is only softsubbed. But if you start the episode up and don’t skip around any, yeah, it’s gonna stick there throughout the show.

I think the only reason the watermark is softsubbed is because Ichigo doesn’t know how to hardsub shit. Come on, girl

And with credits that garish… Goddamn, you have to be really fucking full of yourself to think that’s acceptable to shove on the screen for 10 goddamn seconds. The main script font is terrible and the same color is used for every line, regardless of any confusion this will result in (and it resulted in a LOT of confusion in Ichigo’s episode 1 release).

How dough I spel? capitaLization is Consistently incorrect. (Protip: you’d capitalize “sis” whenever it substitutes for her name in this release.) Nice try, IchigoHaatsu, but it doesn’t quite work that way. But my dear, you already have. I can’t even begin to comprehend the logic behind this. Does IchigoHaatsu think commas function the same as periods? This is what happens when people learn English from fansubs.

Do note that this specific issue happens very often throughout the release. Oh, you thought the header for this section was a humorous exaggeration? Joke’s on you. If I had a dollar for every comma this release misused, I’d have enough roofies to make sure this translator never woke up again. It’s difficult to determine which is the most egregious mistake here. Is it the dull language that pervades this line (and the entire release)? The ridiculous hodgepodge of three sentences into one line? The improper word repetition? Or is it the “high spec wolves” ‘translation’?

Goddamn, Ichigo, I don’t fucking know. You’ve dumbed down your release to the point that any analysis of it will invariably make jello of the reviewer’s brain. (I’m halfway to lemon-lime right now.) No, actually she made it for Subaru. It would be “Or would you prefer to be the one who’s fed?”

Tenses and general language use are broken throughout this release. With writing skills like these, Ichigo could work for Blood on the Dance Floor. I’m beginning to run out of tears. I think we both know the only way out of this is the right side of a barrel.

Watchability: Watch it raw instead.