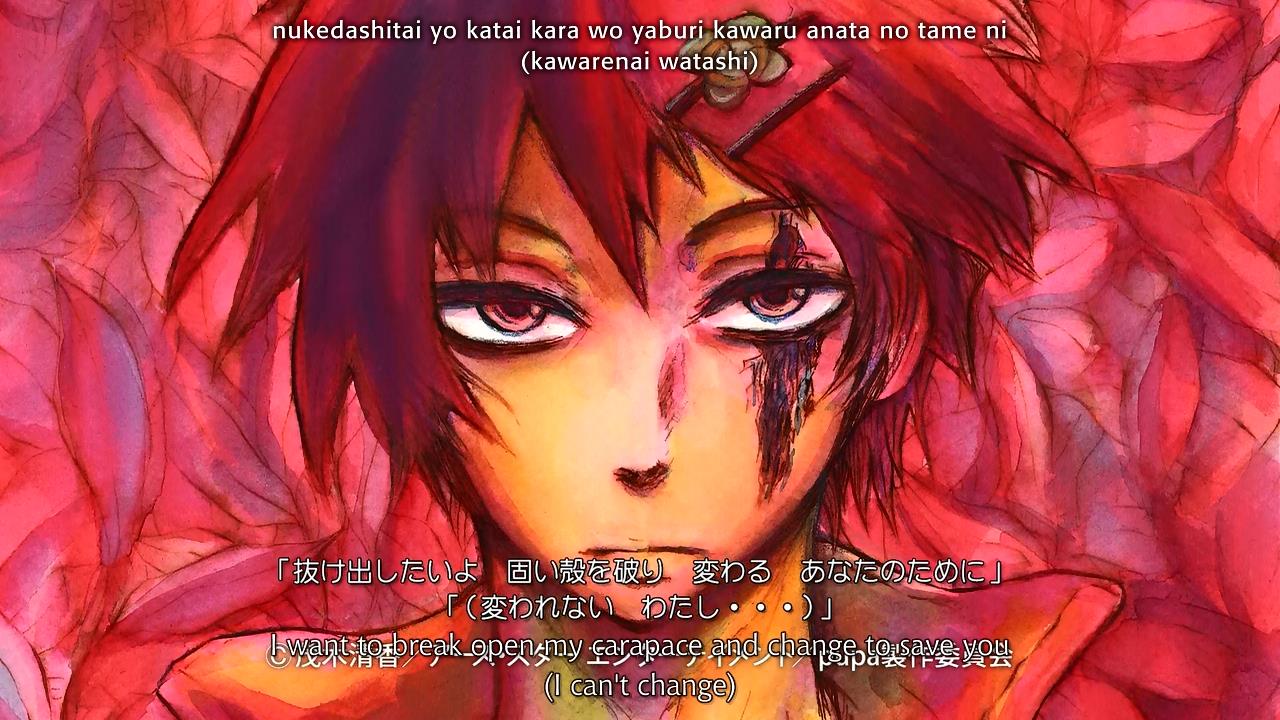 After a very unproductive 4-hour AMV binge, I remembered I had a site to run. So have a filler post. OP. “we look for bright sky”? Are these Native American parody subs? And then ED time. Color shifts for the love. I did like the kara, but I wonder why it didn’t go through QC. In the first one, she says “Onii-chan” in Japanese. t4w handled it sensibly with “That’s too bad, ‘Onii-chan’.” (Onii-kun thought he could save his sister with the power of being a nii-san, but failed. And black witch is amused by how badly he failed.)

But I guess it was beyond Vivid to reflect sarcasm in their subs. No. You gotta understand there’s a difference between “Onii-chan” and “onii-chan”. It’s the same as the one between “Mom” and “mom”.

Here’s a pretty handy trick: If you can sub in their first name and make the line work, then go ahead and capitalize. But if you can’t, then don’t. Here, “You killed your Terry” would not work. “You killed your brother” would work, though. So roll this lowercased. ED. Interesting way to swing it.

So which is better?