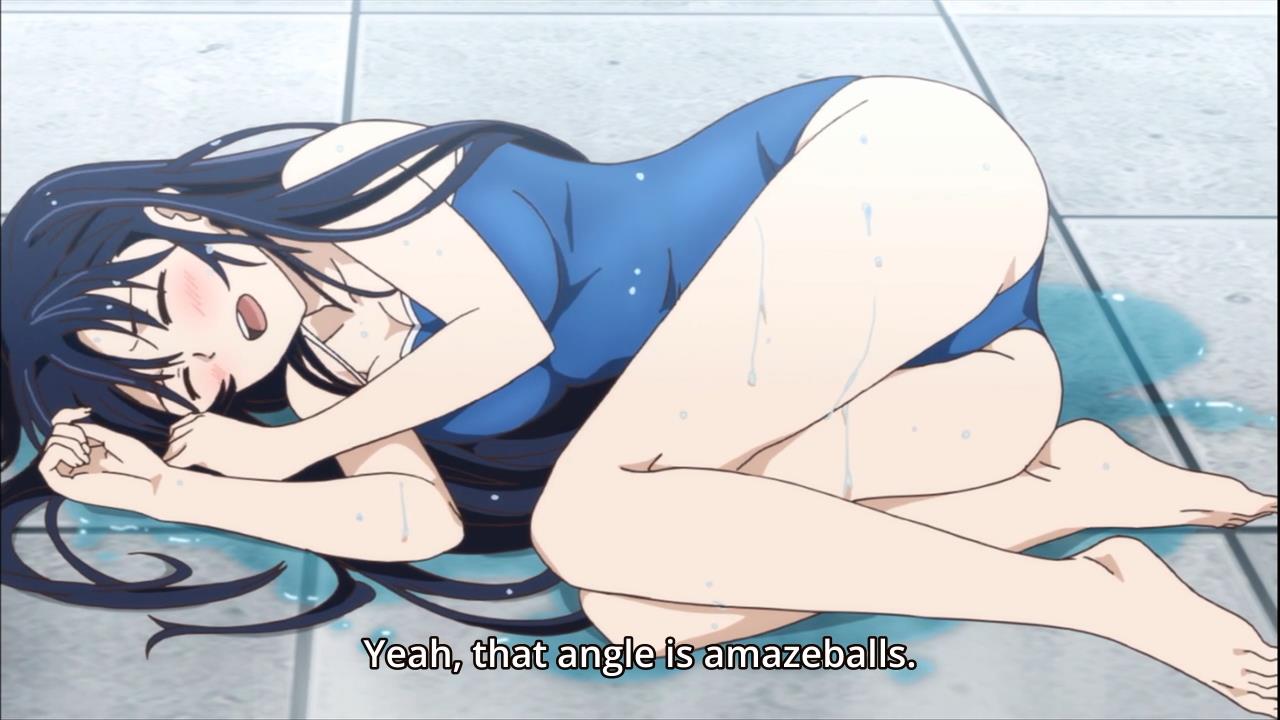 
This review is going to be amazeballs.

Wap Level: Close to none (no honorifics, “sensei” changed to “Teacher”) OP & ED. OP didn’t even have a song in this episode, and ED wasn’t translated. I wish they would phrase this in a less confusing way: “You’re at the top of our grade, Murakami.”

How else would you translate ii anguru? Serious question. Heh, it took me a second to get this one. She was actually saying she doesn’t like how the Persian dish “kuku” (sounds like “multiplications table” in Japanese) tastes bitter, but these adapted lines work better. Here he’s trying to ask a multiplication problem, and she engages in a bit of a rhyming game (ni nin ga? momonga [2×2? Flying squirrel]) but the writers at Crunchyroll didn’t go with “Two-two?” for some stupid reason. This was supposed to be split into two separate lines since he said “argh” out loud and thought the rest. Can’t they just do mouth-to-mouth breathing? I promise I won’t think it’s hot.

As expected, you can’t go wrong with Crunchyroll. No real mistakes to be found in this release.

16 thoughts on “Translation Review: [HorribleSubs] Brynhildr in the Darkness – 01”