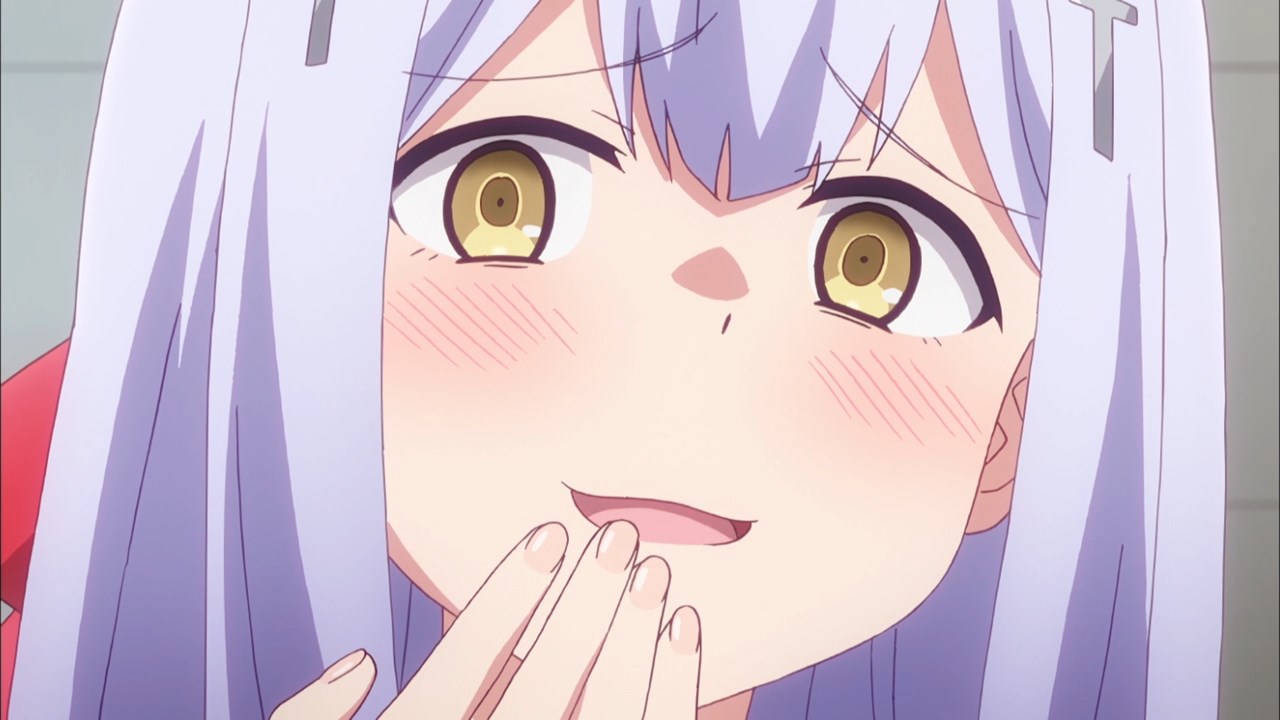 Gonna be honest — I’m only watching anything this season to prepare for the potential of one person doing airing-season cosplay at Katsu.

As per every other con, if you wanna hang for a bit, we can accommodate. Alcoholics welcome, let me know at darksagerk@gmail.com or twitter.

For those of you outside the DC Metro, you can still temporarily make it into my haato if you book a day-of ticket and are also cuter than Soup (good luck). If you have watched anime, you’ve seen this before. There is not a single concept or idea that’s unique to Gabriel, nor is there anything it does any better than a litany of other series that are actually good. Odds of Me Hitting on a Gabriel Dropout Cosplayer: 10/10 anyway

Laziness is my fetish. Some guy was fat as a kid, but he’s anorexic now so everyone loves him but he’s bitter and made his life goal to get a girl who rejected him as a chublord to love him. What ever will happen? Continuing the theme of barrel-dredging ideas, we have a romcom minus the rom and also minus the com, whose unbearable characters make you want to legalize domestic abuse solely in whatever shitfuck relationship they find themselves in. Odds of Me Hitting on a Chick Going Danger Mode: 10/10

They found a way to fuck a perfect concept up. Should’ve dropped this after the shitty OP. The designs aren’t even good in anime format.

Not that into maids because I have good taste.

Some slut is in love with a guy 20 years older than her, but he loves some ditzy middle-aged qt. So naturally the two kids slut it up, while constantly whining about it… …as their crushes slut it up with each other too, with notably less whining. BUT IT’S PRESENTED ARTISTICALLY SO YOU HAVE TO LIKE IT

Kuzu no Honkai teaches weebs an important lesson: you’re gonna have to settle for a 10/10 if the 8/10 you’re in love with rejects you.

Shit has a cool premise or whatever, and it tries to break new ground by featuring deplorably pretty faces fucking like rabbits in manga boxes as they whine about their petty problems, so I feel as a critic this is The Most Important Anime of the Decade.

But honestly, the specific flavor of hatred for everything that the series is making me feel is not the kind of poison I need in my sagey well, so I’m not gonna watch another goddamn frame unless doing so would directly cause the director’s death. A school uniform alone is not cosplay.

Odds of Me Hitting Any Scum’s Wish Cosplayer: 8/10

Not only do I hate this show, by association I also hate anyone who has even the slightest hint of good will toward it. Takes a special kind of stupid to like something so shit. And it’s not the kind of stupid that a person is capable of coming back from. There are monster girls and they all love the main character because reasons. Turns out the easiest way to turn the Monster Musume series into shit is by replacing all the good characters with bad ones, and all the bad ones with worse ones. Anyone willing to put in the effort to cosplay a monster girl won’t be cosplaying one from this show. And if they said they were, I wouldn’t believe them. Remember the last time German bloodlines had any value? Youjo Senki does. Taking place on the front of World War 1, an insane, overpowered little girl murders anything and everything to get to whatever her fucking end goal is.

Honestly, the main reason I only watched 1 ep before writing this up is cuz I didn’t wanna accidentally spoil anything for anyone. Shit seems like it has a real plot — a rarity these days.

Throughout the entire first episode I was waiting for the shit to hit the fan, and boy how it did. You know how with a lot of series there’s always a couple routes they could go that lead to brilliance, and myriad others that lead to bog-standard bullshit? Well, Youjo Senki mostly went down the good end route in episode 1, which is enough for me to hope for it to finish down the same path.

Though I usually take action for granted in any series centered around battles, Youjo Senki goes extremely hard in a way that impressed even my jaded, jade ass. Not even Strike Witches could make me this hard for aerial combat. Military uniforms are often stylish, and I must imagine the opportunity to wear them is half the reason why wars are fought.

Odds of Me Hitting on a Youjo Senki Cosplayer: Depends what the age of consent is. It’s like the first season, but there’s more of it. At least, I think. Haven’t watched it yet cuz I wanna go to sleep. I can still remember what most of the characters looked like from last season, so… it’s kinda sorta memorable stuff?

Odds of Me– Who cares. Good night. Again if you’ll be at Katsucon, lemme know. We can talk about how cool I am all night long~