At least until Kadokawa issues a C&D.

Once upon a time, there was a web game named Kantai Collection. In this game, a player, known as an “admiral”, collected girls, known as “ships”, and put them into fleets to sail the high seas and blast enemies out of the water. And for what it was, it was damned good. Except that registration was limited to a small lottery and literally everyone wanted in.

Eventually, more and more people got into the user pool, including non-Japanese people who relied on tools to help translate the interface and act as a VPN. And for what it was, it was damned good. Except that it was still in Japanese.

I never played the original Kantai Collection, because in web games like this, unless you start at the launch of the server, you’re always behind. And even so, you’re always a little bit behind. So anyway, I was super excited to try out this version.

Except… What’s that? GoGames? Who the fuck are these guys?

You see, there’s no information about the company anywhere on their site, and the only other game they published is a Bleach web game, which has been out for quite awhile. And judging by the tone of people in the forums, I’m not alone in wondering how legit this whole operation is.

With the game being in alpha, there’s no real harm in putting a little time in here and there, since it’ll all be wiped regardless of a C&D, so I decided to try it. The game begins with us informing us that the game is not “Kantai Collection”, but “KanColle”, as if that’s enough to avoid lawsuits when they lifted the entire graphical and musical libraries of the original game.

Since they wanted us to test out all of the features (being in alpha and all), we got tons of free shit. Which was great, by the way. 10k gold went a lot further than I thought it would. It also ran out super quickly.

The main screen of the game is pretty much identical to Kantai Collection. Your waifu (Kongou for me, and I even Kai’d her, oh yeah) appears on the right while all of your gameplay options are on the left. As you can see, I have a lot of instant repairs and other shit because the game gave me way too much and I’m a hoarder. It doesn’t, however, give you nearly enough bauxite to maintain the rares and super rares they throw at you left and right.

Basically, you set up a squad of up to 6 girls (more is usually better, but the branching paths on the quests are sometimes better with 4 or 5, so you have to weigh that sort of shit), make sure they’re fuel’d and ammo’d up, and send them on their way.

Yeah! Shoot torpedos at their faces! Their scary, scary faces!

The battle system is totally passive after you select a formation, so you have to get lucky sometimes and hope you can survive multiple waves of enemies with much higher stats than you. Either that, or I just have the worst RNG in the world. Or maybe the game was just coded shittily. I wouldn’t put it past these ripoff creators. 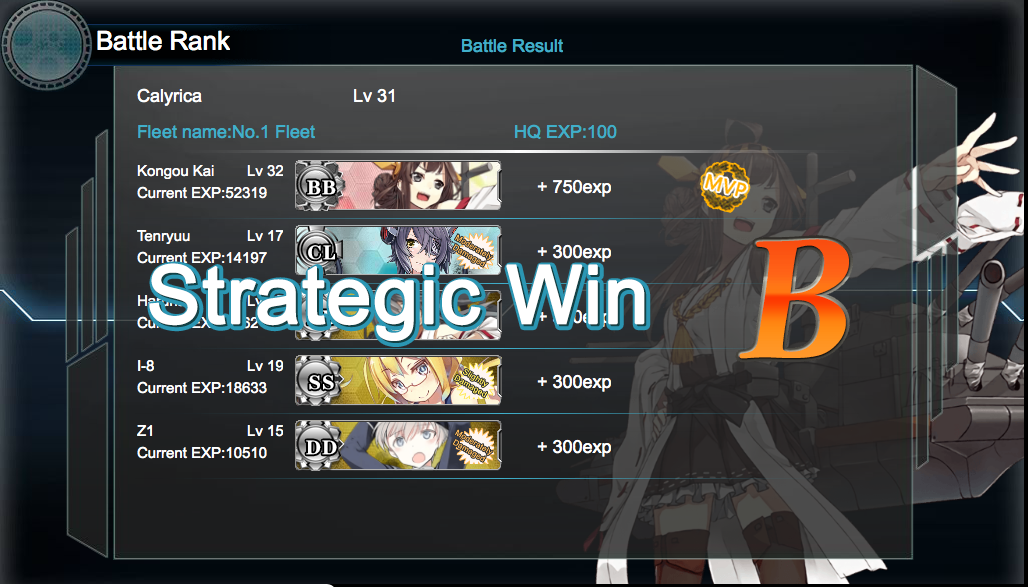 Yes! One down, three to go! If I go that route, it is. The original game has some probability thrown in to determine routes, but this game does a straight if-then routine. By having only 5 ships instead of 6, I guarantee that I go down the route I want.

This can backfire. For example, on the expeditions, you’re supposed to need a “minimum” of certain numbers of certain ships in your fleet. The first requires two DD (destroyers). In this clone, if you have more than that, it fails you. I don’t even understand how that works logically. 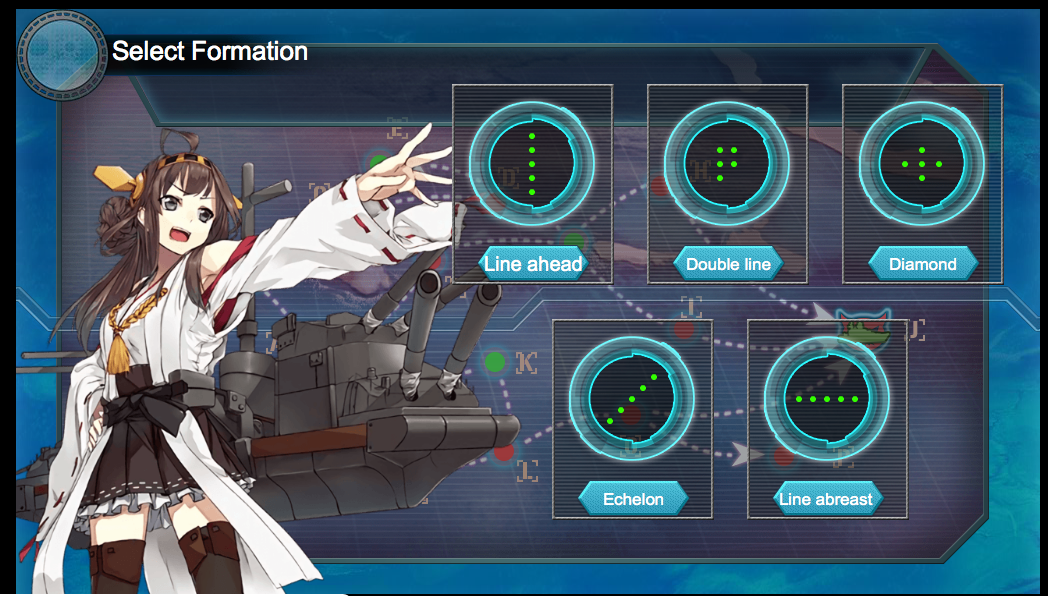 All right; I made it to the boss! Come on, waifu! I’ll sing Teitoku no Kizuna (Kongou’s character song) as much as you want if you win this for me! I’ve been stuck here since like Sunday! 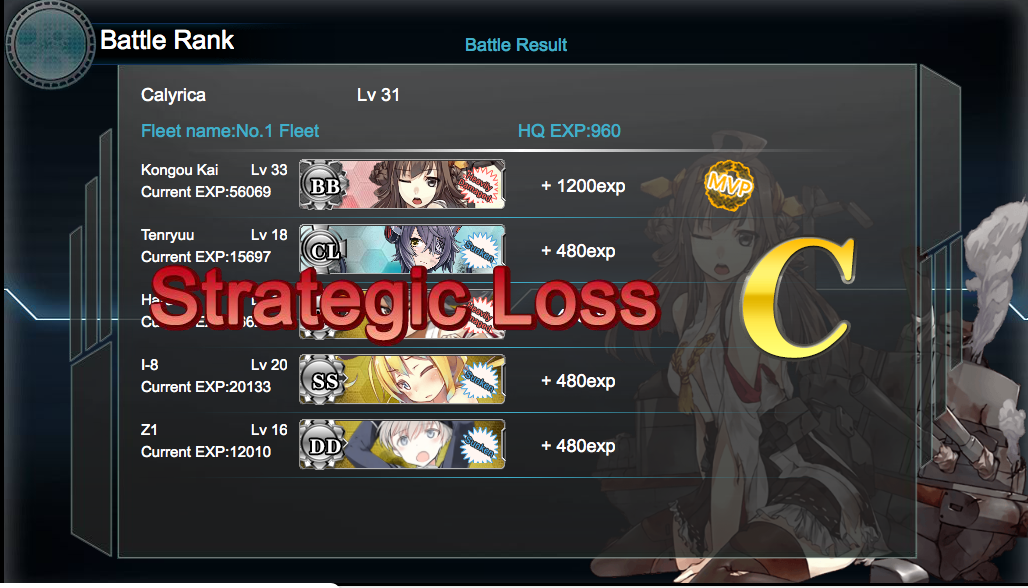 The great thing, though, is that when the girls get “sunk” or even just damaged, they show it very, um, creatively.

Let’s go repair these chicks and get back out there to the fleet, shall we? We’ll click on over to repair and put them in the slots and then…

Okay, I guess it’s the type of game to make you wait for shit. Let’s put my beloved Kongou in there once these finish and… So, uh, obviously the game has flaws, and I guess that’s what all the instant repairs were for. But I guess it can’t be too bad if I played enough to be ranked in the top 10 players on the server, right?

6 thoughts on “Kantai Collection in English”