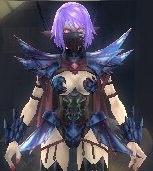 Jesus Christ, why the fuck did I buy this? Oh, right, because some importfags lied and said it was good. Guess that’s the last time I listen to waps for game advice.

Does she look cool? Great, I just saved you 40 bucks. Character customization is the only thing the game did right, and even that’s more limited than something like Phantasy Star Online.

This is honestly the only good thing about the game, I’m not even joking.

I haven’t even played a Monster Hunter game for more than five minutes and I already know that series is better. Ragnarok Odyssey sets the bar so low even a quadriplegic could jump over it.

Fuck these motherfuckers, especially the giants. I have no doubt the majority of people who played this game quit after Grendel (the chapter 3 boss in a game of 9 chapters). The difficulty has nothing to do with memorizing patterns and everything to do with broken hitboxes, underpowered characters, broken hitboxes, and faulty game mechanics in general.

Seriously, these bosses have unblockable, undodgeable attacks where your only means of survival is getting hit and hoping that your character doesn’t recover fast enough because if they do, they’ll be hit again.

You have one class choice for this game: Assassin. It’s the only class with high enough survivability and DPS to allow you to solo the game. Every other class is literally trash if you want to solo, because only Assassins have enough agility to dodge the fucking bosses’ attacks.

Oh, you wanted to be a mage? Thought you could cast spells from afar? Sucks to be you; that’s a melee class. Well then what about a Ranger (aka Archer)? Well, fuck you. That’s also a melee class. Yes, you’re forced to drop your bow and stab your enemies with arrows because any distance that doesn’t involve you massaging monsters’ crotches results in 1 DPS.

Class options become more viable if you head online, but you have no choice if you want to play the game and not have someone else play it for you.

For a game based around loot, the loot system is shit. Items you need for high-level items are found in boring, ten-minute slogs through lower levels, the economy is terrible, and the items you get are almost always worthless. To upgrade your armor and weapons (the only things that loot is used for), you’ll need various items. And how do you find what you need? Well, you’d better head over to the GameFAQs messageboards because the game sure as fuck doesn’t want you to know.

Ultimately, the game isn’t fun. It’s an incompetent attempt at an Action-Adventure RPG and a pathetically obvious cash grab for a system that hardly has any games worth playing yet. If you’re desperate for something to play (like I was), just buy P3P for your Vita (assuming you’ve already played FES) and prepare yourself for Persona 4 Golden.