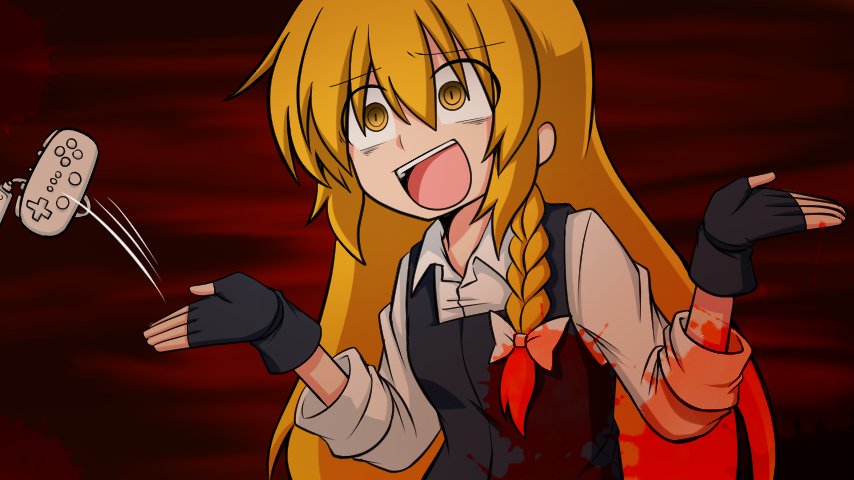 These shows have already aired, but getting a preview delayed is bound to happen when you forget your laptop in another state. The question here is “If you don’t give a fuck about motorcycles, is this show still worth watching?” and the answer is a resolute “Eh, probably?” Based on the PV, this adaptation of the manga looks to carry a lot of the heart the manga had. You can tell how much the author cares about bikes, but more than just being a literary shrine to his fetish, the cute character interactions and patience spent crafting the story put the series on a kickstand of its own. Despite my utter lack of interest in motorcycles, Bakuon found a way to keep me turning the pages. Even if the anime adaptation ends up mediocre (it has a fine line to ride if it wants to hit all the boxes the manga did), I’m glad it at least gave me a reason to look at the manga. Ignore the sweet (misleading) pic; it’s art from the mobage this series is based off.

Mobage adaptations can be good (Bahamut <3) but on the whole they are cynical cash grabs, attempting to ensnare a wider audience of children into their f2p den. Yet I doubt this will bring anyone into the fold – no matter how young they are – with how fucking terrible that PV looked.

tl;dr: Super-smart (and cool) (and popular) high school male A is stronger and better than everyone else because he just is. Did I mention everyone loves him?

If you were retarded enough to self-insert in Log Horizon, you’ll flip your short-bus shit for this. Japan won’t dumb it down any further than Hundred, because they literally can’t.

You’ve seen this before, and it’s been done better. Don’t. Fucking. Watch. tl;dr: Grimdark detectivery, minus the grim.

Remember when Production I.G was relevant? Cuz not even I’m old enough to. I expect to be reminded why nobody under the age of menopause gives a fuck about this washed-up studio when the pacing hits the level of a special olympics marathon hosted at a nursing home. tl;dr: There are impurities in this world that must be vanquished by exorcists, and the strongest exorcists of the time happen to be two 14-year-olds with abrasive personalities that are forced to work together. So unique.

This is generic shounen with nothing in particular going for it and nothing against. The characters are adequate, the plot is normal, and the action is standard. If you ain’t a shounen otaku, don’t bother. But if you liked shows like Mushibugyo or Ushio to Tora despite their mediocrity, this’ll fit your (low) requirements. Certainly fits mine. Even if a show is in a genre I’m not the most fond of (shounen-ai ain’t exactly the top of my list), I’m always willing to at least give it a shot. But after reading the manga, and seeing DEEN attached to the series, I’m not even gonna humor the idea of watching an episode of this shit.

The problem with Super Lovers is less the content (considering what I’ve fapped to in my life, I’m in no place to judge) than how it determines pacing via trope checklists. “Show that animals love the kid so you can establish he’s a good person & misunderstood right away” -> “Have the older guy immediately run into the pouring rain to look for the kid who’s only out there for super selfless reasons” -> “Blah blah blah”. I wouldn’t be surprised if it turns out the entire plot was machine-generated with how soulless it ends up being.

Even if you’re the target audience for this (and I would assume you know if you are or not), Super Lovers is not going to be an enjoyable experience unless you can entirely shut your brain off for 24 minutes at will. Your time would be better spent exploring the burgeoning D_S x M!Yuno fanfic scene instead. It must suck being a P.A. Works fan these days.

Netoge no Yome wa Onnanoko ja Nai to Omotta? (Wait, there are girls on the internet?) tl;dr: Turns out there are girls on the internet.

Some guy named Rusian’s been hanging out with a small clan of scrubs in a budget MMO for a while, when they decide on an IRL meetup because it accelerates the plot. At the meetup, they discover they all go to the same school, and of the four, only one’s a boy. Wow!

Then they all become friends even though their personalities differ, kinda like a somehow-worse Oregairu.

I’ll probably watch this one to the end just to see if Ako kills anyone. But I don’t expect anyone who ain’t as broken as me to take the risk on this inevitable shitshow.

Something’s wrong with this picture:

Final preview up “next”.