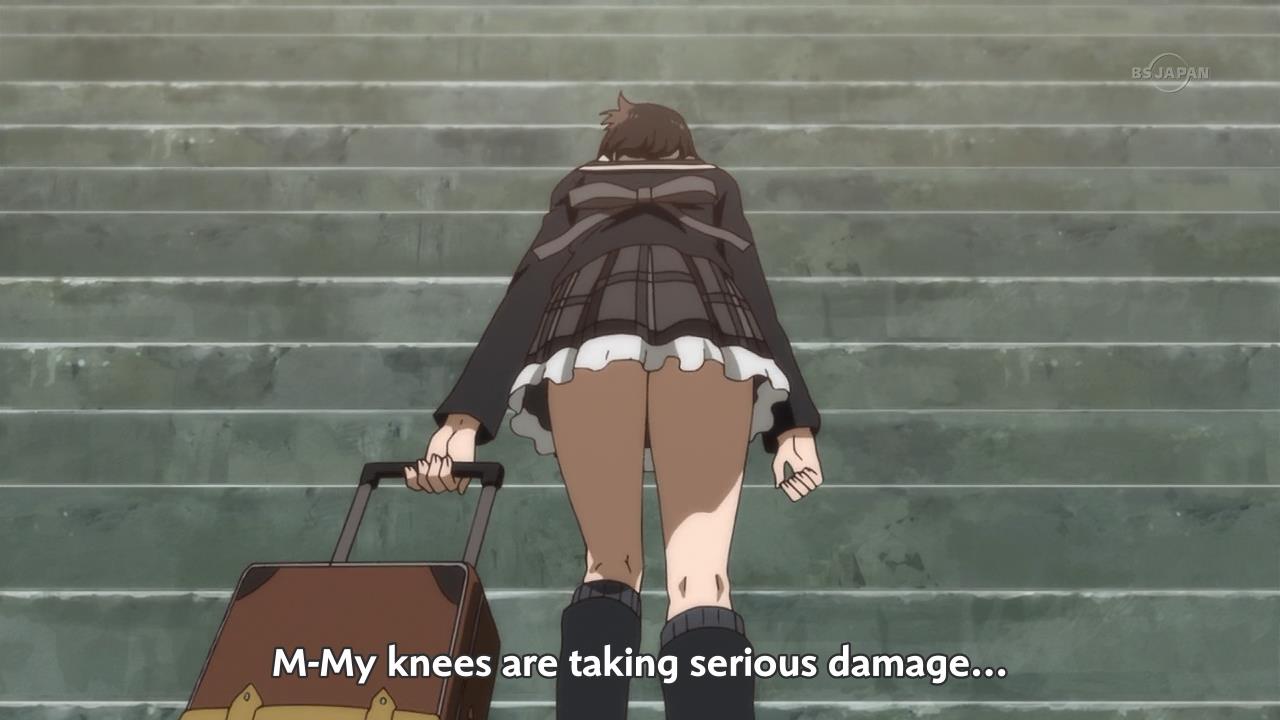 
Will these subs save us from FUNi?

Like with all legal simulcast edits, this will be graded on a pass/fail basis. You manage NOT to add any more mistakes to the original script, you pass. If you went that extra mile and added mistakes—even one—that weren’t there originally, you fail. OP. “Shiro kuno” is supposed to be shirokuro (black and white), a Japanese translation for “monochrome.” Otherwise it’s fine. ED. Supposed to be warai, but otherwise similarly fine. Like I said in the FUNi review, she’s saying bakushou shiteiru in which means “exploding with laughter,” but in this case she’s saying her trembling knees are shaking with laughter. FUNi had it completely right with their “cracking up” line, but S-T-D, in their infinite wisdom, decided to orwell the first part of this joke. Of course, absent a TLC check, they didn’t have very good material from which to adapt the joke in the first place, either from FUNi or the scanlations. This is an example of a good edit. S-T-D decided to keep this typo that was originally in the FUNi script. Once again, iki wo awaseru  is not to literally match breathing. It’s to remain in sync. These lines came right after the other, and the main moe protag girl says “Meme-san” both times, but the editor was asleep at the wheel. Thank you! Thank you! I’m here all week, be sure to tell your friends! Don’t forget to tip the veal and try our waitresses on your way out! I haven’t seen such a garish note in a long time. I say it was an overall good release, and had it not been a simulcast edit it would have deservedly garnered a high grade. But they added an error where one needn’t be, so they regrettably didn’t pass.